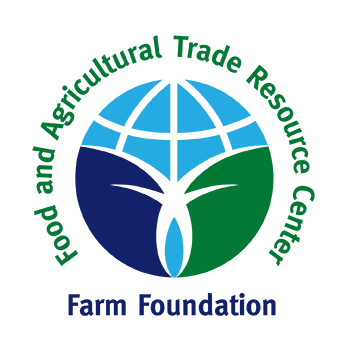 Accession – Process by which a country becomes a member of an international agreement, such as the World Trade Organization, where negotiations determine the specific obligations a nonmember country must meet before it is entitled to member benefits.

Ad valorem equivalent – The conversion of a specific or compound tariff into a percentage of its import value (into an ad valorem tariff).

Ad valorem tariff – A government tax on imports charged “according to value” or as a percentage of the value of the goods cleared through customs; i.e., 5% of the value.

Appellate Body – An independent, seven-person body that considers appeals in WTO disputes; when one or more parties to a dispute appeals a decision, the Appellate Body reviews and can change the findings in the original panel report.

Applied tariff – The real or actual tariff on a product entering a country, which is usually lower than formal commitments (bound tariffs) negotiated at the WTO.

Bound tariff – The tariff rates beyond which countries agree not to make increases, as negotiated at the WTO; once a tariff is bound, it cannot be raised above that level without compensating the affected parties, except under special circumstances.

Codex Alimentarius – A commission created in 1962 by the Food and Agriculture Organization (FAO) and the World Health Organization (WHO) under the United Nations that sets minimum safety and hygiene levels that countries voluntarily apply to their exports and imports of commodities for consumption.

Compound tariff – A tariff based on the value of the good and other factors, a combination of ad valorem and specific duties; i.e., 5% of the value plus $50 per ton.

Consultations – The process of discussions between two WTO-member countries for the purpose of avoiding or resolving a trade dispute.

Countervailing duty (CVD) – An additional tariff, permitted through WTO rules, imposed on imported goods to offset subsidies provided to producers or exporters by the government of the exporting country. Under U.S. law, CVDs can only be imposed after the U.S. International Trade Commission has determined that the imports are causing or threatening to cause material injury to a U.S. industry.

Customs union – A group of countries or trade bloc formed to eliminate trade barriers among partners and harmonize trade policies with non-members.

Dispute settlement body (DSB) – A meeting of the WTO General Council, composed of representatives of all member countries, convened to settle trade disputes through the establishment of panels, adoption of panel and Appellate Body reports, implementation of rulings and recommendations, and authorization of the suspension of concessions or other obligations.

Dispute settlement understanding (DSU) – WTO agreement that covers dispute settlement, which outlines a process that allows members to complain that trading partners are not living up to WTO commitments.

Doha Development Agenda (DDA, sometimes called Doha Round or Doha Development Round) – Most recent round of WTO negotiations on lowering trade barriers, launched in Doha, Qatar, in November 2001.

Domestic support – In agriculture, any domestic subsidy or other measure which acts to maintain producer prices at levels above those prevailing in international trade

Dumping – The sale of products on the world market below the cost of production, usually to dispose of surpluses or to gain access to a market.

Duty – A tax imposed on imports by the customs authority of a country; sometimes called a tariff.

Export subsidy (sometimes called export competition) – Incentives or assistance granted by the government that is contingent on exports.

Fast-track authority – Authority granted by the U.S. Congress to the President to negotiate trade agreements with the understanding that the negotiated agreement will go before Congress for a simple “up” or “down” vote, without the possibility of amendment and within a specific period of time.

Finance Committee – Committee in the U.S. Senate with primary jurisdiction and responsibility for trade issues.

Food and Agriculture Organization (FAO) – An agency of the United Nations founded in 1945 concerned with the distribution and production of food and agricultural products around the world.

General Agreement on Tariff and Trade (GATT) – A legal international agreement that established substantial multilateral reductions in tariffs and that was first created in 1947 with 23 countries; was a precursor organization to the World Trade Organization (WTO).

Geographical indication (GI) – Identify a good as originating in a particular territory, region, or locality where a given quality, reputation, or other characteristic of the goods is essentially attributable to its geographic origin (see WTO Trade-Related Aspects of Intellectual Property Rights/TRIPS Agreement); examples include Roquefort cheese, Idaho potato, and Napa Valley wine.

Harmonized System (HS, formally the Harmonized Commodity Description and Coding System) – The system for international goods that provides uniform product classification that provides consistent descriptions for goods. Countries harmonize tariff codes to the 6-digit level, however, many countries like to be more specific and break down their codes even further, to 8 or 10 digits (the United States breaks down tariff codes to the 10-digit level).

Intellectual property rights (IPR) – Ownership of ideas, including literary and artistic works (protected by copyright), inventions (protected by patent), signs for distinguishing goods of an enterprise (protected by trademark), and other elements of industrial property, such as geographical indications (GIs) in agriculture.

Market access – The openness of a national market to foreign products, generally related to the use of or lack of tariffs and quotas.

Mixed tariff – A tariff that ensures a minimum or a maximum level of protection through a choice between an ad valorem tariff and a specific tariff; i.e., 5% of the value or $50 per ton, whichever is less.

Most-favored nation (status, MFN) – The principle of not discriminating among one’s trading partners regarding market access, which is accorded to all WTO members; no WTO member gets better treatment than MFN, except under specified circumstances; also sometimes called normal trade relations (NTR).

Non-tariff barrier (NTB) – Factors, other than tariffs, that inhibit or discourage international trade or imports.

Normal trade relations (NTR) – The principle of not discriminating among one’s trading partners regarding market access, which is accorded to all WTO members; no WTO member gets better treatment than MFN, except under specified circumstances; also sometimes called most-favored nation status (MFN).

Peace Clause – Provision in Article 13 of the Agriculture Agreement stating that agricultural subsidies committed under the agreement cannot be challenged under other WTO agreements, in particular the Subsidies Agreement and GATT; expired at the end of 2003.

Permanent normal trade relations (PNTR) – Classification given to all members of the WTO by the United States on a permanent and unconditional basis.

Retaliation – An action taken by one country against another country for imposing a tariff or other trade barrier, such as imposing a higher tariff, import restrictions, or withdrawal of previously agreed-upon trade concessions.

Rules of origin (ROO) – Requirements that imports fulfill certain “origination” status before receiving preferential treatment; e.g., to receive NAFTA benefits, a certain percentage of a good must be produced in a NAFTA country.

Sanitary and phytosanitary (SPS) – Technical barriers to trade based on health and safety regulations for humans, animals, and plants; covered in the final Uruguay Round agreement.

Section 201 – A provision of the U.S. Trade Act of 1974 that allows the President to provide relief to industries hurt by competing imports; growers or manufacturers, or their trade associations, must petition the U.S. International Trade Commission (ITC) to investigate complaints of trade practices.

Section 22 – A provision of the U.S. Agricultural Adjustment Act of 1933, as amended, that authorizes the imposition of quotas or fees on imports of commodities when these measures are necessary to prevent imports from interfering with the operation of U.S. support programs on the products involved.

Section 301 – A provision of the U.S. Trade Act of 1974 that allows the President to take appropriate action, via retaliatory barriers on a foreign country’s goods entering the United States, to persuade a foreign government to remove any act, policy, or practice that violates an international agreement; the provision also applies to practices of a foreign government that are unjustified, unreasonable, or discriminatory and which burden or restrict U.S. commerce.

Special and differential treatment – A principle allowing developing countries to have lesser reduction commitments than developed countries in trade negotiations.

Special safeguard (SSG) – WTO-permitted restriction on imports of a particular industry if imports cause “serious” injury; time limit of 8 years and restrictions are placed on all imports on an MFN basis.

Specific tariff – A tariff rate charged as a fixed amount per quantity; the duty is calculated based on the volume, weight, or item count of the good, as opposed to the value; i.e., $50 per ton.

State trading enterprise (STE) – Governmental and non-governmental enterprises, including marketing boards, which deal with goods for export and/or import.

Subsidy – Assistance granted by a government to aid in the production, manufacture, or export of specific goods, which may be in the form of direct payments (such as grants or loans) or measures having equivalent effect (such as guarantees, operational or support services of facilities, or fiscal incentives).

Tariff – A tax imposed on imports by the customs authority of a country; sometimes called a duty.

Tariff schedule – A comprehensive list of goods that may be imported into a country, as well as the applicable import duty for each product.

Tariffication – The process of converting non-tariff barriers to trade into their tariff equivalents.

Three pillars – The three main focus areas of the latest round of WTO negotiations in agriculture – market access, export competition, and domestic support.

Trade Adjustment Assistance (TAA) – U.S. program to offer extended unemployment and training to workers who the Labor Department determines lose their jobs because of foreign competition.

Trade Promotion Authority (TPA) – U.S. legislation that provides congressional-delegated power to the President to negotiate trade agreements; usually involves a commitment for an up or down vote without amendment; also called “fast track authority”.

Uruguay Round – Multilateral trade negotiations through the World Trade Organization launched at Punta del Este, Uruguay, in September 1986 and concluded in Geneva, Switzerland, in December 1993.

Ways and Means Committee – Committee in the U.S. House of Representatives with primary jurisdiction and responsibility for trade issues.

World Trade Organization (WTO) – A rules-based intergovernmental organization with 164 members that regulates international trade;  established during the Uruguay Round in 1994 as the successor to the General Agreement on Tariffs and Trade (GATT).